Putting on the Fits

Top looks from the Burberry dinner at Lucien, the Gohar World rooftop party and the “Downton Abbey” premiere.

Erin Beatty, of the upcycling brand Rentrayage, explains how she handcrafts her line from discarded fabrics.

Should I Steer Clear of Fast Fashion?

A reader asks for advice on shopping ethically and affordably.

A decades-long West Wing tradition lives on, with a bright yellow twist.

In Court, Johnny Depp and Amber Heard Dress to Suggest

How the cult label that reimagined the Scandi look became a global giant with “responsibility” built into its business model.

The widow of Virgil Abloh will assume control of the designer’s company with plans to continue his initiatives and legacy.

Gucci Gives New Meaning to the Contemporary Obsession With Stars

At a medieval castle in Puglia, it’s all about astronomy, baby.

Leave the Sweatshirt at Home. Dining Dress Codes Are Back.

A number of restaurants are betting that Americans want to get gussied up again, but not everyone is thrilled about the fashion screening.

Clever marketers have figured out how easy it is to simulate online intimacy at scale, ventriloquizing alluring models with cheap, offshore labor.

I’m Moving, Do I Need a Wardrobe Makeover?

A reader, leaving New York for Los Angeles, seeks advice on dressing for a new scene.

His experimentations with different materials and technology earned him widespread recognition as well as patents and awards.

Getting Back Into Running Is Easier Than You Think

Whether you’re lacing up your running shoes after a few months or a few years, follow these tips to avoid injury and frustration.

Louis Vuitton’s vision of the future.

In Barcelona, a New Hotel and Hub for Creative Types

Plus: eerie fashion photography, a piercing studio and more recommendations from T Magazine.

‘Sneakerella’ Review: Beauty and the Hypebeast

This musical remake follows an orphaned boy in Queens as he falls head over sneaker heels for the daughter of a Manhattan footwear magnate.

After a two-year hiatus, the Robot Heart party, normally held during Burning Man, made its return to glory and debut in the Big Apple.

The start-up has had a meteoric rise, thanks to its charismatic co-founder, Ryan Breslow. But he sometimes stretched the truth to get there.

Airy Knits and Elemental Textures for Warmer Days Ahead

Woven Accessories With a Bohemian Flair

This season, why not adopt a highly tailored look — or pair silk with faux fur.

Taking On Fast Fashion by Taking It Down

The organizer Hoda Katebi is tackling the global garment industry, not as a reformer but as an abolitionist.

At its heart, the term, which can leave us feeling as if we’re chasing an impossible ideal, is a contradiction.

Mattea Roach Ended Her ‘Jeopardy!’ Streak. Her Blazers Live On.

The 23-year-old won 23 games in a row. Her personal style has helped make her a star.

Are There Any Alternative Prom Dresses?

A reader asks for help finding her daughter the right frock for the night.

Chanel in Monaco: ‘Our Town’ by Way of the Grimaldis and the Go-Go’s

The Multi-Layered Movie of American Fashion

Nine film directors, from Scorsese to Regina King to Chloé Zhao, team up with curators at the Met to reframe our country’s history of design.

Star Gazing at the Met Gala

An insider’s view of the fashion party of the year.

Inside the Met Gala After-Parties

The Met Gala 2022 celebrated themes of opulence, excess and fame.

J Balvin Is Trying Something New

Christine Baranski Is an Expert in ‘Gilded Glamour’

Joshua Jackson and Jodie Turner-Smith Are Doing the Most

Celebrities took their best swing at an ambiguous dress code.

Who needs a fashion show when you can have three days of parties and yoga? Inside Camille Miceli’s high-energy, up-with-prints, Instagram-friendly debut.

On the eve of the Met Gala, Thom Browne has an idea.

The annual fashion extravaganza happens tonight, with tickets priced at $35,000 and invitations required.

An interesting event to choose to make an entrance.

Who Gets to Tell the Story? Views Differ.

Is Anna Wintour Really a Tyrant, or Something Else Entirely?

It depends on whom you ask.

A Memorial for André Leon Talley

Fashion’s luminaries gathered at the Abyssinian Baptist Church in Harlem to remember a fashion titan.

She appeared in hundreds of Man Ray’s photos, was friends with Picasso and is believed to be the first Black model to appear in a major American fashion magazine.

Should I Dress for Vacation Like a Travel Influencer?

A reader wonders whether comfort or fashion should come first.

It may be the last bastion of raw red carpet self-expression.

The Office Beckons. Time for Your Sharpest ‘Power Casual.’

Work wear reflects how people feel about their jobs and the economy as a whole. So it makes sense that dressing for the office is all over the place.

Everything You Need to Know About the Met Gala 2022

What is the dress code? Who gets to go? How much does it cost?

After a Storied Career, a Nonagenarian Photographer Returns to New York

The International Center of Photography, now on the Lower East Side of Manhattan, recognizes William Klein, 94, by turning over its entire space to his work.

Emmanuel Macron’s Win Was Also a Win for French Fashion

A New Set of Tastemakers Finds Inspiration in Shakers

Though the faith currently comprises one active community with two congregants, Shakerism’s ideals have found new acolytes in the food, fashion, art and design worlds.

Searching for the ‘Vibe Shift’ at Coachella

Unchecked optimism, for better or worse.

How Do I Reboot My Closet?

A reader seeks advice on updating a wardrobe for a new job search.

I’m a political photographer for The Times, but last week I tried something new: I covered fashion week for the first time.

Here's how several countries approached the parade of nations.

‘Someone Had Stolen My Friend’s Shoes’

A shoe mystery in an Upper West Side apartment building, from this week's Metropolitan Diary.

How to Clean Suede Boots and Shoes

It's easy to revive your suede footwear after trudging through winter weather.

The devastation that men inflict upon one another and the planet informed his most surrealist work.

The Fight for Sneakers

Bots have made it nearly impossible to buy hyped up shoes. What if they could be stopped?

It's always best to try them in person.

Test your knowledge of this week’s health news.

It’s not what we wear, but how we wear it that creates a common language of fashion. 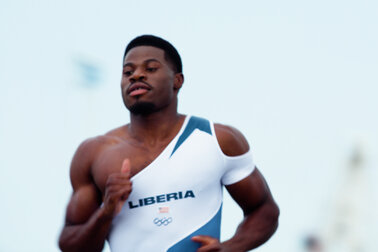 Did You See What the Liberian Olympic Team Is Wearing?

You might have missed it, but look again. They want to change the Olympic fashion game. 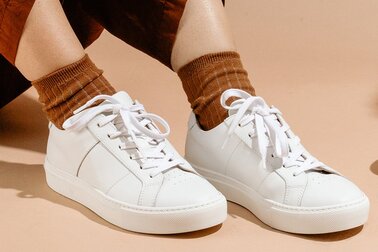 How to Clean White Sneakers

Here’s how to get your well-worn shoes looking their best. 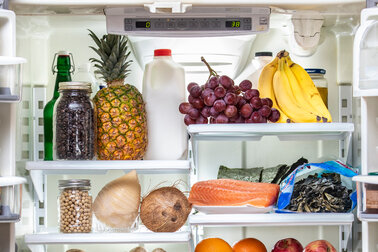 Fabrics From Your Fridge 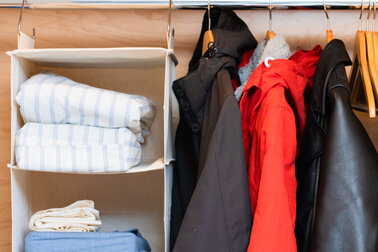 How to Refresh Your Closet

Here are some ways to clean and care for your clothing after a long winter. 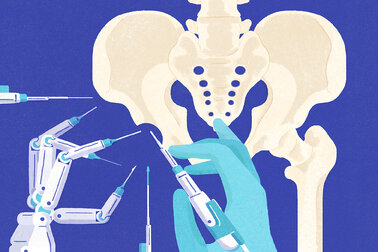 Test your knowledge of this week’s health news. 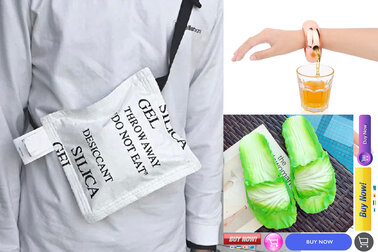 Searching for a last-minute gift … that may take months to arrive? This holiday gift guide might give you a few ideas. 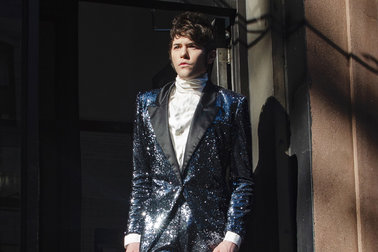 They Splurged on Fancy Clothes Before Quarantine. Now What?

Fashion purchases innocently made before the spread of coronavirus are poignant markers of canceled activities. 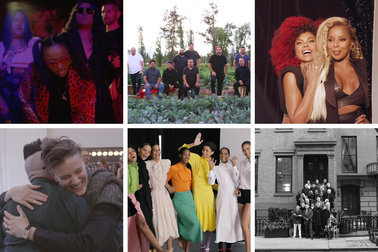 The Creative Circles Defining the Culture

Whether united by outlook or identity, happenstance or choice, these communities have shaped the worlds of art, fashion, film and more. 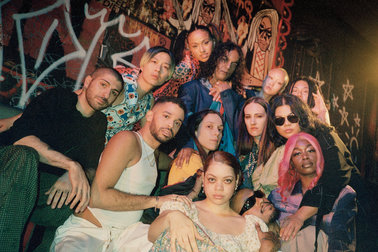 Long a capital of nightlife, from ’70s discos to ’90s raves, the city is now home to a rich after-hours culture where anyone — of any race, gender or sexuality — is welcome. 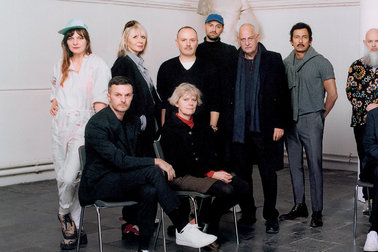 A city poised on the edge of Europe and the rest of the world became the incubator for talents like Dries Van Noten, Luc Tuymans and Ann Demeulemeester. 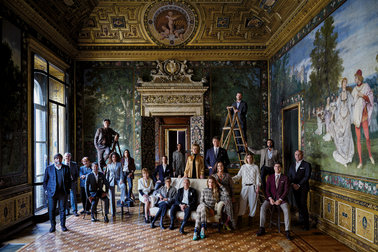 For centuries, Italy has prized the art of fashion and furniture design like no other country in the world, with generations dedicated to traditional craftsmanship and continuity. 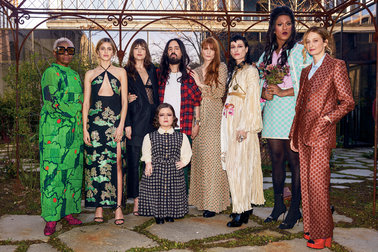 The Fashion Crews Reinventing the Way We Dress 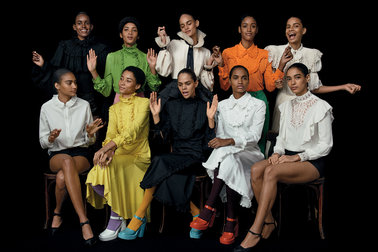 Lineisy Montero, Licett Morillo and others have gained an international presence while also subverting assumptions about how women should look in Latin America. 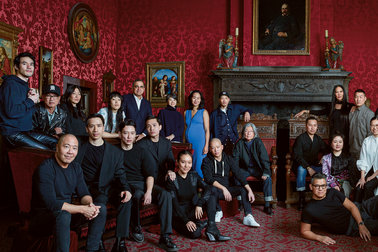 The Asian-American Fashion Designers Who Shaped the Industry

And the Bowery Mission gala had some French glamour. 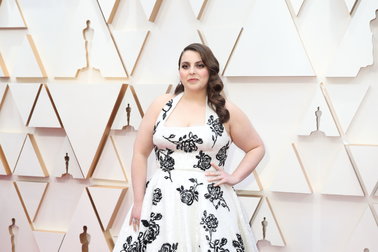 The star of “Booksmart” and “Lady Bird” got ready for the Oscars with tulle and a place for her inhaler.

A mother decides to accept her son’s life choices. Also: The meaning in the clothes of a deceased love one; Trump voters’ values. 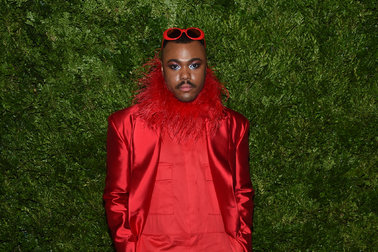 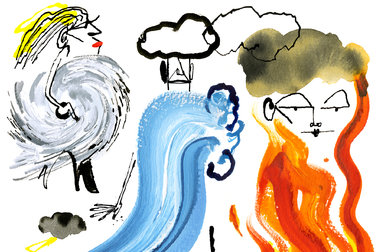 Wear Clothes? Then You’re Part of the Problem

Making, washing and tossing apparel has a big environmental cost. 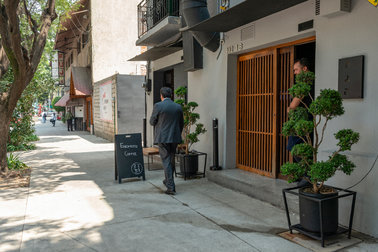 In Mexico City, a Blossoming of All Things Japanese

Japanese-inspired businesses are sprouting up — from fashion labels and boutiques to a new hotel — along with new Japanese-influenced places to eat and drink. 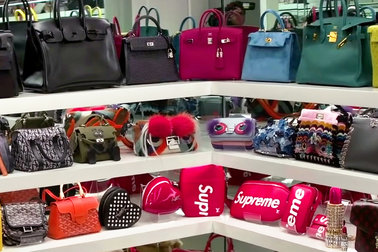 You Too Can Play the Handbag Stock Market

Don’t think of those totes and saddle bags as just pretty accessories. They could also be an investment portfolio. 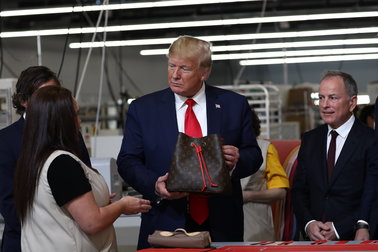 A new workshop in Texas brought the president and the king of luxury together. Is this good or bad for both their brands? 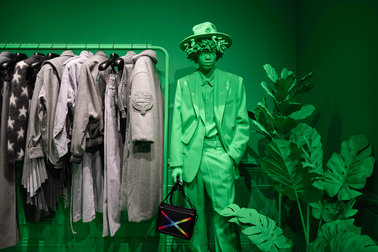 Louis Vuitton Lands on the Lower East Side. (What, You Thought Upper?)

The designer Virgil Abloh has brought a whole lot of green to the neighborhood. 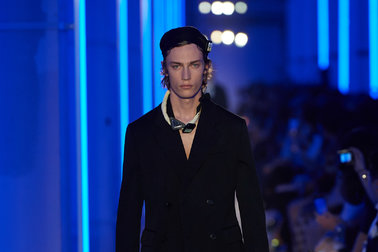 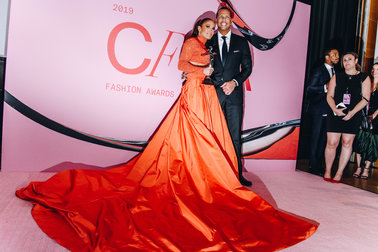 At the Oscars of American Fashion, Lots of Winners, Less Relevance

The CFDA Awards featured inclusivity, Jennifer Lopez and a literal passing of the torch. 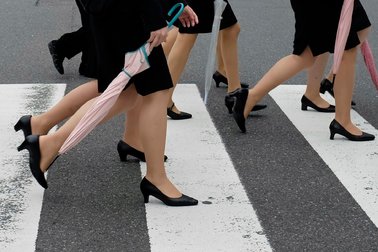 Japanese Women Want a Law Against Mandatory Heels at Work

Thousands of supporters have rallied behind the hashtag #KuToo, a pun based on the words for shoe and pain. 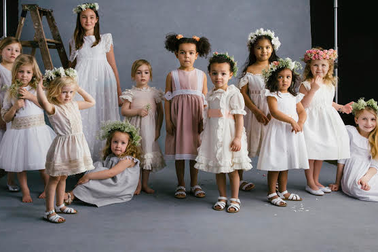 Little Ones Strut Their Style Down the Aisle

Dressing the youngest attendants can be tricky, if not costly. But more designers are featuring dresses and suits to mimic brides and grooms. 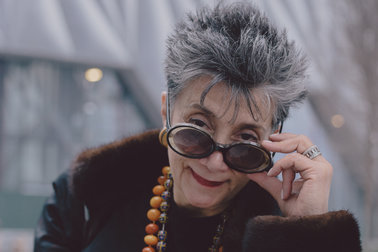